Zombie Companies? – No really, there are “Dead Companies Walking” out there

Scott Fearon has built a lucrative career on getting really good at finding companies that are not adapting to the changing world.

He identifies companies that are floundering or mis-reading the changing marketplace that they are in and then he shorts the company’s stock. He categorizes these target companies as “Dead Companies Walking”. Short sellers, like Scott, have to be really careful when they take a short position, because if they are wrong, there is unlimited downside potential. So they really do their homework.

I recently read Scott’s book and was intrigued by the many stories he tells about companies he has analyzed and targeted. If you are interested in his book, click on the image to the right to order it on Amazon.

Scott has boiled down the reasons that a company can go off on the wrong track to one of six different reasons.

“Despite their differences, they [companies] all failed because their leaders made one or more of six common mistakes that [he] looks for: 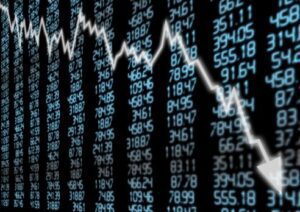 As Scott tells his stories of the companies and the people who ran them, and the ill-fated end that they ultimately meet with, he is very quick to point out that, “These were not incompetent or dishonest people. They made good faith efforts to deal with those situations, but like so many before them and many more to come, they did not succeed. There is no shame in that.”

Scott points out the six different things that cause a business to mis-calculate, but at the core of all six of these things is the fact that something has changed. Things are not what they used to be or how management perceives them to be. Some call this a disruption, and they may be correct, but disruptions aren’t new.

Scott writes, “A euphemism that gets thrown around a lot in the corporate world is disruption. New technologies or services are said to disrupt existing technologies, forcing businesses to adapt or perish. While many people act like this is a new phenomenon birthed in a garage in Silicon Valley, it’s actually a very old process. Almost every business faces some kind of disruptive event in its lifetime, and its up to its managers to make sure it evolves and continues to compete.”

One of the most powerful business videos I have seen in the last 5 years is a talk given by Prof. Gary Hamel, who last year was ranked as one of the world’s most influential business thinkers by the Wall Street Journal.

In his video Hamel points out that we [the world] are at an inflection point, where the rate of change has gone from being linear to exponential. The ramifications of this rate of change are seen all around us as industries die and new ones are born. Things are changing at an unprecedented rate. Companies have to be more tuned into the market they operate in, as well as how their marketplace can be changed in ways they may never have thought possible.

For short sellers like Scott Fearon, the opportunities to find “Dead Companies Walking” are only going to increase.

To avoid becoming one of the “Walking Dead”, or Zombie companies, Gary says we have to do 3 things:

Innovation is no longer the domain of the one brilliant person or inventor. Innovation happens when people collaborate effectively. And greater collaboration leads to increased innovation.

The companies that have optimized their collaborative environment, outperform their peers in the market by 2 to 6 times.

Over 70% of companies have hardly started in facilitating an effective collaborative ecosystem. There are lots of opportunities to lead your marketplace and leave the world of zombie companies behind.

How is the rate of change in your company?