Is Lync 2010 compatible with other video systems? 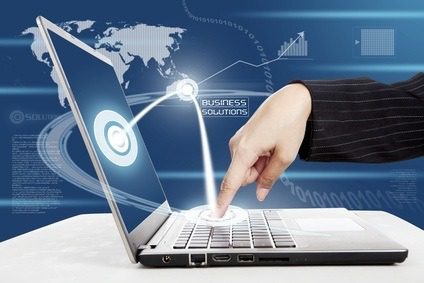 It all seems very simple. You have a web camera on your computer and a video button inside your Lync app. Shouldn’t making a video call to a Cisco, Polycom, LifeSize or Vidyo system just work?

Although Lync 2010 supports video, unfortunately it only works well when you are calling a colleague on the same Lync network, or another company that your company has federated with who is also using Lync.

But shouldn’t making a video call to another system be simple?

Does Lync 2010 support video calling to other video systems?

Microsoft uses a video codec: an algorithm for compression and decompression of video that was adapted from VC-1 and released first with OCS 2007 and then continued in Lync 2010. The reality is this codec is not compatible with much else in the market. Much like Skype, which uses another proprietary codec, VP7 or VP8, and again is not compatible with Lync or with any room systems.

Microsoft is using SIP for communications, shouldn’t it be compatible with other systems?

Here again Microsoft has deviated from the SIP standard and added their own extensions for things like authentication and presence. This means that Lync (formerly OCS) is not immediately compatible with all other implementations of the SIP stack in other video or even phone systems for that matter.

What does this mean to me as a user? Can I make Lync compatible?

Well there is little that an average consumer or business user can do except wait for the technology market to offer a solution to this problem. The technology experts have to introduce one of two things:

Making Lync work with what is already out there

Microsoft Lync does support a more standard based codec as a fall back, called H.263, and it provides the user with a very low resolution video window (CIF 352 x 288) and works with a broader range of video systems. But it still requires a signaling gateway or converter to be present in the systems that are in the call and again requires technology mediation – it won’t just work.

Lync 2013, which has been in beta for some time now, was officially released on Jan 29th, 2013. It includes a new codec called H.264 SVC, which provides better video codec compatibility with existing systems. But it still has the Microsoft version of SIP with all its extensions that still needs to be converted at some point between the people in a video conversation who are using a video system other than Lync.

The other good news is that H.264 will give Lync users the potential for a quality HD call at 1080p resolution. This is a big step forward.

Are you currently using Lync or thinking of deploying Lync? If you need Lync to talk with other video systems either personal or room systems but aren’t sure how to make it happen, contact us.