The Difference Between a Virtual Audio Call and a Virtual Video Call?

And some of the shortcomings of each

If you have ever been in an audio conference call, then take a few minutes and watch this viral video that received over 5 million views – you will get a good laugh.

An audio conference call is a call where all participants dial in and are joined electronically into a single conversation.

That is a long list and I am sure it doesn’t include all the shortcomings of an audio conference call.  We can laugh at the shortcomings but there are many benefits to audio conferencing, which basically boil down to extending a meeting to any participant with a phone line to be able to join the meeting from wherever they are.  Saving time and money.

Not as many people have experienced a virtual meeting using video.  In a VMR there is no physical meeting place that is part of the conference, the participants are all coming into the virtual meeting from wherever they are – from a PC, tablet or mobile device.  On a PC the meeting would look something like this: 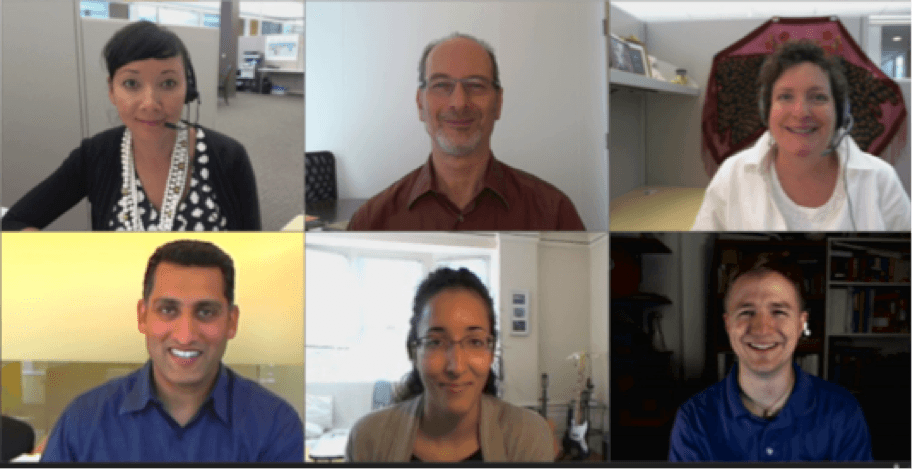 With a VMR we still have the audio, but now we can see the other participants as well – so how does that help mitigate the list of shortcomings for the audio conference call, which were listed above?

Those are interesting stats!

It is also worth noting that a video VMR does not eliminate all the problems and a few other basic problems listed in the notes below the table, but as users become more comfortable with the technology and the technology gets better, some of these problems will go away as well.

This is not a comprehensive analysis, just a quick look at the conference call parody, but when you provide a richer communications experience, your communication gets a whole lot better.  Which is important, because – if we can communicate better, our organizations become better; better in a lot of ways.

What do you find to be the most frustrating shortcoming of either audio or video virtual conference calls?   And if you have any tips for overcoming them – please share.