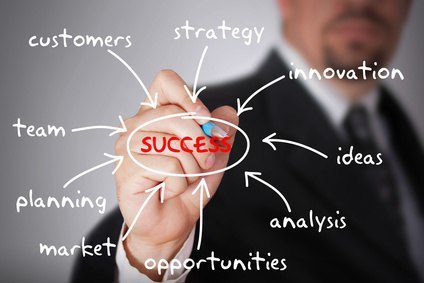 Have you noticed that when you are contemplating buying a new car and you have a particular brand and model in mind, you start seeing that specific car more frequently on the road?

This is really an awareness change.  Your mind has a sharpened awareness for something and that something manifests itself more visibly to your consciousness.

My awareness for collaboration and the importance that the collaborative model is having on business today has increased.  Because I focus on Collaborative Solutions, I see more evidence every day that to thrive in today’s world, there is an ever-greater need to work with others in a collaborative ecosystem.

The Evolution of a Serial Entrepreneur

Recently, I attended a luncheon where the main speaker was Greg Wolfond.  Greg may not be a household name, but if you have been in technology as long as I have, you’ll recognize his name in connection with two very successful technology start-ups; Footprint Software and 724 Solutions.

Footprint was Greg’s first venture during the period of 1983 to 1995.  Footprint developed software to fill a need for a retail-banking branch and their market success ultimately resulted in a sale of the company to IBM.

In 2007, Greg founded his third start-up, SecureKey Technologies which enables plastic cards to be virtualized into mobile phones and PCs without sacrificing security.

Secrets of a Collaborative Entrepreneur

First and foremost, Greg stated that each time he starts a new company, considerable time was spent determining what problem they are trying to solve.  If they don’t get this right then the chances for success go way down.

Another important key ingredient is the core team and having the right people in the right roles.  Greg used himself as one of the prime examples.  He is good at getting things going from nothing but as the organization starts to spread its wings in the market, Greg does not think his strength is being the CEO and he hires the right people and elects the right board members to enable the organization to take the product to market.

Greg had described some of the common factors between his three entrepreneurial ventures.  But one of the questions from the floor during the luncheon was, “This is your third technology start-up, what is different this time?”

What is Different with SecureKey?

Greg was building more than a product.  He was building a market offering that was enhanced and enabled by the partners that became integral pieces of the solution.

He was solving problems in collaboration with other parties for the overall good of the customer, his partners and SecureKey. He was creating an “everybody wins” outcome by building a solution that involved stakeholders as collaborators in achieving common goals.

This is different and will likely play a large part in how successful SecureKey will be.

Partners in the SecureKey Collaborative Ecosystem

Greg started SecureKey with the goal of simplifying passwords for users and making sure that people’s use of the internet was really secure.  So he started to build some software.  Even though SecureKey’s software was going to be new and different, internet security, and most importantly, transaction security, was part of an ecosystem that involved users, vendors, financial organizations and governments to name some of the more obvious parties.

Greg started to work with these other parties as partners.  He met with them to understand what their goals were, and what they offered as part of the overall solution.  Although this made the work more complex, in the end it really simplified the solution. Most importantly, the results of collaborating have greatly increased SecureKey’s chances for success.

How does SecureKey collaborate with their partners?

SecureKey was not going to grow by doing all the components involved in authorizing transactions as the banks were already highly efficient and cost effective.  Not only did SecureKey leverage the banks for this, but they have also extended the authorization model to include government transactions.  This is good for the banks as they make a cut on each transaction. By using the bank’s systems, it is good for the government because they do not need to build or operate a separate system.  It is good for users because it simplifies things by having less accounts and using an authorization process they are familiar with.  And SecureKey is the glue that makes all the systems work together.

Complexity is increasing.  Change is accelerating.  Increased collaboration is essential and technology is an important component to increase collaboration.

Our organization can help yours to understand and orchestrate an effective technology platform for Unified Communications & Collaboration and for a Digital Media Communication architecture.

For assistance in using technology collaborative solutions to make you more effective, contact us.